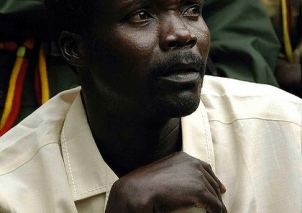 OPINION | MILITARY intervention in Uganda to capture the now world-infamous Joseph Kony could cause ethical dilemmas that many inspired by the Kony 2012 Campaign may not have realised.

Within a week and a half of going viral, nearly 100 million people have viewed the Kony 2012 documentary. Invisible Children should be commended for its unprecedented success at raising global awareness of Kony’s crimes.

However, we should all be asking some hard questions. Instead of instinctively supporting calls for military intervention in Uganda, Australians should carefully consider how we could most effectively help Kony’s victims recover.

“The goal of KONY 2012 is for the world to unite to see Kony arrested and prosecuted for his crimes against humanity,” Invisible Children’s website states.

Kony’s trial will be unquestionably important in setting a precedent for the future capture and prosecution of all war criminals. Justice will also play an important role in helping Kony’s victims recover from 30 years of suffering.

But we can’t ignore the fact that prosecuting Kony will not resolve many pressing issues that most Ugandans face today.

We need to have a good debate about whether military intervention will be the most effective way to help Ugandans and people in surrounding countries.

I assume international forces would need to work collaboratively with such local forces to successfully capture Kony – and such an ethical dilemma cannot be taken lightly.

We have a moral responsibility to help others in times of conflict and crisis. But supporting military intervention is pointless if there are other, more effective ways to help ordinary Ugandans.

“To call the [Kony 2012] campaign a misrepresentation is an understatement…its portrayal of his alleged crimes in Northern Uganda are from a bygone era,” he writes.

“Today most of these children are semi-adults. Many are still on the streets unemployed,” he adds.

“Gulu has the highest numbers of child prostitutes in Uganda. It also has one of the highest rates of HIV/AIDS and Hepatitis.”

Invisible Children are currently helping rehabilitate ex-child soldiers in Uganda on a relatively small-scale. However, Australia should consider helping implement a larger-scale program focused on rehabilitation of ex-child soldiers and girls used as sex slaves by the LRA.

But we must not forget the importance of supporting the region’s economic development. Not all child soldiers in Africa were kidnapped by the LRA during the middle of the night.

As difficult as it may be for us to understand, desperately poor families can sell their children into conflict. We need to open up our minds to several studies and reports that emphasise the links between poverty and conflict in Africa.

Perhaps military intervention really is what we need to capture Kony, but we need to listen to what civilians want and require. Australia needs a proactive debate about how we can most effectively help ordinary Ugandans.

We should begin by acknowledging the idea that perhaps our moral responsibility lies with funding aid projects directed towards helping millions, as opposed to supporting a military intervention that targets one man.