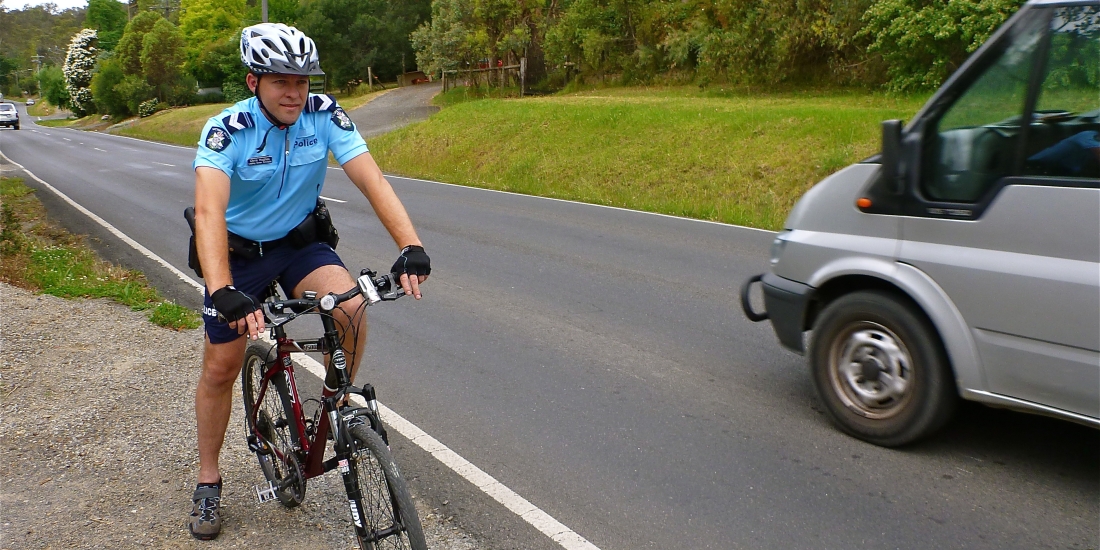 Published in the Warrandyte Diary, December 2012

Locals can expect to see more police out and about as they take to their bikes to patrol Warrandyte.

The Warrandyte bike patrol is enabling police to more easily cover Warrandyte’s reserves, pathways and other places that can be difficult to access via car.

The patrol kicked off last month, and proved to be a success straightaway.

“The main focus of the bike patrol is maintaining public order in public places, but then there is also pulling over cars and I managed to get a drink driver on the first day,” Leading Senior Constable Chris Hughes said. “It was the fifth car I pulled over.”

He says this incident should serve as a warning to all motorists that anybody could be breath-tested at anytime, anywhere.

Sen-Constable Hughes has done bike patrols in Nunawading for several years, and says he helped get the bike patrol up and running here because it is ideal for suburbs like Warrandyte.

“I’ve been doing it for about 12 years, so I just saw an opportunity there that the bike patrol would be ideal for the paths, horse trails, reserves and all the places in Warrandyte where it’s harder to get a vehicle in,” he said.

Sen-Constable Hughes has been in the police force for 24 years and started at the Warrandyte station just over a month ago.