And the Piazza family keeps growing! Congrats big bro and @jestica10 💐💕🎉
All roads lead somewhere 🌎💫 #lifeisfullofsurprises #solomonislands #mailaita #ontheroad
One of the most enjoyable shoots in a long time... even if it meant getting up well before sunrise! Seeing the Yarra Valley from above is just magical 🌅 Was very lucky to fit in this filming session with @globalballooningaustralia earlier this year 🎥 It’s a highlight of what has been an incredibly bizarre and frustrating year. Let’s hope our wonderful local tourism operators can weather this storm #hotairballoon #scenic #yarravalley #supportlocal #work #tv #journalism #news #videojournalist #channelnewsasaia #australia #flying
Cuddles with this little boy after a big week 💕 #puppy #germanshepherd 🐾 @adamsteenbuck
💕11 weeks old today 🐾 #furbaby #germanshepherd #puppy #ourlove @adamsteenbuck
How many other sports give you these views?! 👌 #hanggliding #thebest #hangglidinglife #flying #2000ft
💓because a lot of people need that right now! And not just at home but everywhere. Hang in there... And friends, don’t feel ashamed to reach out if you need anything - whether it’s food or even just someone to talk to. Hopefully others who are fortunate enough can consider doing the same. Still a long road ahead of us with more curveballs to come #thenewnormal 🌎
A week ago in my bubble of bliss, cut off from the news while busy at work... Within 24 hours it’s like life turned upside down. Now I’m halfway through my isolation period at home (even though I came straight from a zero case country - I don’t think I’ll ever let that one go!!) It’s just starting to sink in that so many epic plans are on hold and it’s difficult to accept for at least the next few months we won’t have the freedom to travel or just make decisions about how we want to live our lives, but there is always someone worse off. Let’s hope people can find it within themselves to be there for each other and that facts - not fear or panic - will inform their actions. We will get through this, and once we do it’ll be the greatest party 💕
Imagine seeing the graves of your parents destroyed, their bones unearthed and washed away because of sea level rise. That’s what happened to this family. Grandmother Mae Kosui had tears in her eyes because she tried to fight the waves for years but there was nothing she could do. This gravesite used to sit in the middle of an island, now it’s on the water’s edge. If this doesn’t convince you that #climatechangeisreal then I don’t know what will #solomonislands #work #video #journalist #graveyard #sealevelrise #climatechange #worldvision @worldvision 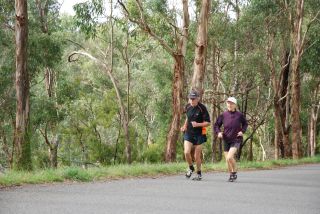 BRIANNA PIAZZA discovers why our two road warriors are always hitting the track. 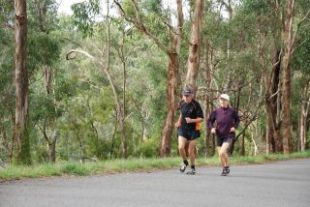 ALAN Murray and Janette Murray-Wakelin raised tens of thousands of dollars for charity when they ran the length of New Zealand in 50 days back in 2000. Now the Warrandyte couple is planning to up the ante with a year-long run around Australia.

Both in their 60s, Alan and Janette will kick off RunRaw 2013 from Warrandyte on January 1 next year. In their quest to conquer 15,500km the couple will run anti-clockwise around Australia before crossing the finish line in Warrandyte during December.

They will be raising funds for the Australian Paralympic Committee, the Gawler Foundation, Animals Australia and Kids Under Cover.

For the past decade the couple have only eaten raw fruit and vegetables, a diet that will continue as they make their way around the country. 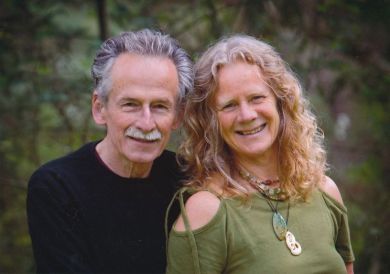 “It is our hope that by running around Australia we will inspire and motivate others by example and through the presentations we will give along the way. We hope people will be inspired to make more conscious choices in their lives,” Janette says.

In 2000, the pair raised awareness as well as money for New Zealand athletes with disabilities who aspired to compete in the Sydney 2000 Paralympic Games.

Alan says the people who motivate him are the same people he is trying to raise money for.

“One day I was running in New Zealand and the Paralympic Committee had organised some athletes to run with us. I was thinking ‘I’ve got a sore knee today’ and I looked down beside me and there was a guy who had no knees and I realised I had nothing to complain about. Just getting up in the morning and getting functional is a huge job for those guys. So they were inspiring us, even though we were inspiring other people.”

The couple will mostly follow Highway One, running a full marathon (42km) every day for a year with no rest days.

“Most people only can stock up enough sugar to run a half marathon, but after you reach 30km you start using fat because there are no carbohydrates left for fuel. So that’s when it becomes a real challenge. But if you train properly, then it’s much easier,” Alan says.

Alan and Janette have been planning RunRaw 2013 for almost two years and have been training for the past three years with no days off. Janette is in France writing a book, but is still running every day in preparation for the big trip.

“Our training includes at least an hour of strength and muscular exercises, as well as practicing yoga for flexibility and meditation for clarity of mind. Of course, we also run every day.” Janette says. “Living in Warrandyte is great for running because there is plenty of hill training.”

The pair is running 15km every day except Sunday when they take on as much as 50km. And while they have both travelled the world, they say running around Australia will be a great way to explore their own country.

Sponsors and volunteers to help with publicity and driving vehicles would be appreciated by Alan and Janette. Donations will be accepted through their website from June this year. To get involved or find out more information visit http://www.runningrawaroundaustralia.com.