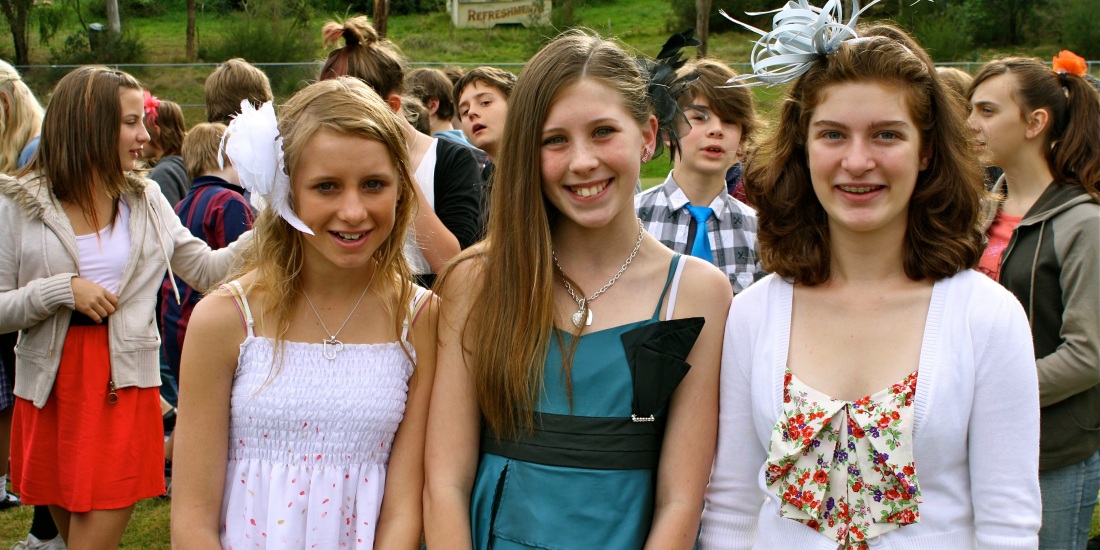 Warrandyte High students became some of the lucky thousands of school kids across the state when they scored a visit from retired racehorse Subzero.

Last month, year 7, 8 and 9 students put on their best frocks and gathered on the school’s oval to greet the 1992 Melbourne Cup winner, affectionately known as “Subbie”.

Students got up close and personal with the 23 year- old horse, who won about $2 million in prize money throughout his racing career – about $11 million by today’s standards.

Itunes cards and book vouchers were awarded to some of the best-dressed students on the day. English teacher, Nerissa Marcon, says the day was a success for both students and teachers.

“It was a taste of the racing industry and a great opportunity for many of the students who had never come up that close to see a live racehorse,” Ms Marcon told the Diary.

“You could just feel the excitement in the air. We were even given the opportunity to take photos with Subzero. It was a great day.”

The much-anticipated visit was part of the prize awarded to Ms Marcon’s Year 7 students who entered a Melbourne Cup competition last year.

The successful entries included a magazine, songs and creative writing pieces about the Melbourne Cup.

During Cup Week, Ms Marcon taught her Year 7 students about the racing industry, the Melbourne Cup and its history before students were asked to submit their entries.

The competition organisers couldn’t decide on a single winner due to the high standard of entries, so the prize was awarded to the entire Year 7 class.

“I was hopeful that we would win because I put in quite a lot of effort in planning the project.

“Because there was such a range of activities to choose from it meant they were more motivated to do the tasks and complete the project,” Ms Marcon said.

Subzero visits about120 schools each year.

Subzero’s owner, Graham Salisbury told the Diary Subzero is a friendly horse and enjoys being around kids.

Subzero’s other notable wins include the Adelaide Cup and the South Australian Derby.

Following the end of his racing career, Subzero carried the Clerk of the Course for 15 years until 2008.

Ms Marcon, who owns an ex-racehorse, said she was glad to share her passion for horses with her students.

Published in the Warrandyte Diary, May 2012