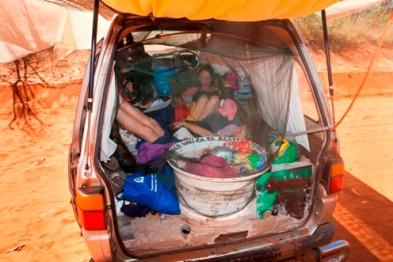 Julie Weguelin, 62, and Ali Batten, 65, allegedly chained themselves to a car in an attempt to block two Woodside Convoys from travelling to the project site to carry out construction work on Friday.

The two women have been charged with obstructing police, obstructing a carriageway and breaching a move on notice.

Batten says after witnessing the destruction of NSW coastal bushland by a mining company 60 years ago, she will continue to oppose the industrial gas complex.

“I won’t remain passive and  allow corporate interests to destroy the dunes and bushland of Walmadany, and turn it into a massive industrial site,” she says in a statement released by the Wildnerness Society.

“I’m 65 and I might have a few decades left – I’ll spend every day of that time defending the planet against political parties and corporations which have no respect for the beauty and fragility of our environment.”

Activists say the area contains fossilised dinosaur tracks and is a breeding ground for many sea creatures, including turtles and whales. 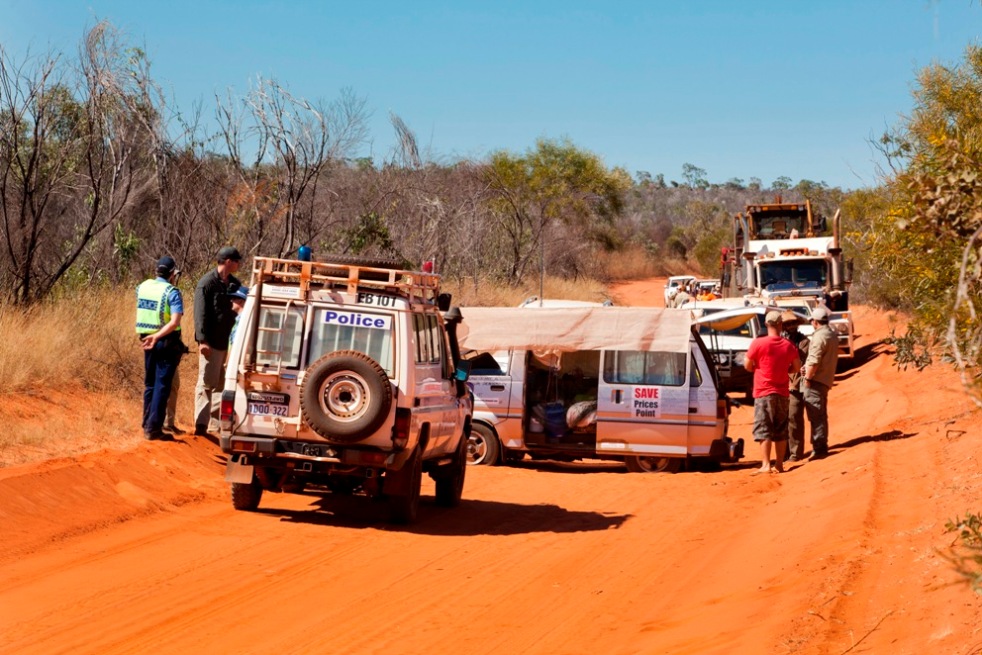 It is also home to many endangered species of flora and fauna and contains ancestral sites to locals.

Michael Anderson, from the Sovereign Union Movement, told Our World Today there were about 100 people engaged in protests in the region to oppose the construction work and increased police presence.

The WA Premier’s Office told Our World Today all permits and approvals required for Woodside’s current activities are in place.

“Also, in 2007, major environmental groups, including the Wilderness Society and the Kimberley Land Council representing Indigenous Traditional Owners, endorsed principles for the selecting of a single location for liquified natural gas (LNG) processing in the Kimberley. These principles were the basis of the process which selected the Browse LNG Precinct location.”

“If the joint venture partners had taken this path, elderly members of the Broome community wouldn’t have to take such drastic action as lock themselves to a vehicle in the hot Kimberley sands.”

Weguelin says the pristine area of the Kimberley region is “too precious to loose to Industrialisation”.

“Australia has the ability to be sustained by 100 per cent renewable energy sources within the next ten years. All it takes is a commitment by the government.”

The women’s case has been adjourned until June.