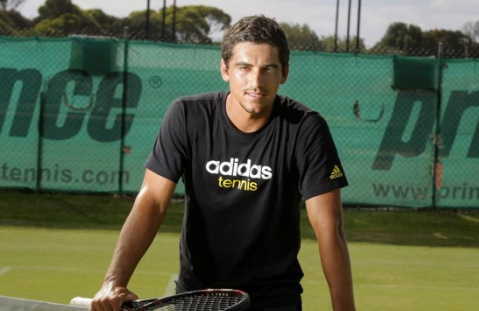 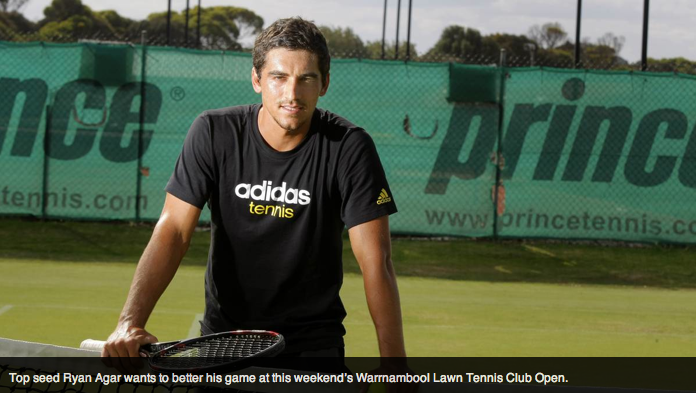 MELBOURNE-BASED Queenslander Ryan Agar is playing down his chances in this weekend’s Warrnambool Lawn Tennis Club Open, despite being the No. 1 seed.

Shortly after arriving in town yesterday, the 25-year-old hit the courts for some training with coach Russell Barlow ahead of the start of the tournament today.

Despite being the open men’s top seed, he said predicting the winner of the $5000 event would be impossible.

While he hoped for a win, Agar said his focus would be on further improving his skills.

“You never really know for sure playing on grass and I know there will be a few players this weekend who are really good on grass,” he said.

“My focus for this weekend is working on my game and hopefully I’ll play some really good matches.”

Agar grew up in Queensland and moved to Melbourne for training late last year.

Agar, who is ranked 35 in Australia, said a lot of positive comments about the three-day tournament drew him to the Warrnambool event.

“Everyone has been talking about this tournament,” he said.

“It’s quite a traditional tournament from what I hear and a lot of reputable past players compete here, so I thought I’d come down and give it a go.”

The Labour Day weekend tournament will be Agar’s last Victorian event until the end of the year.

He will head back to Melbourne straight after the competition to train for a week before leaving for Queensland, where he will compete at some futures events with the aim of boosting his rankings.

He will then head to China and South Korea, where he plans to enter some more futures and challenges.

The Warrnambool Lawn Tennis Club Open attracts hundreds of people to the city each year to compete for the open’s $5000 prize.

This year, more than 730 players have entered, mostly from across Victoria.