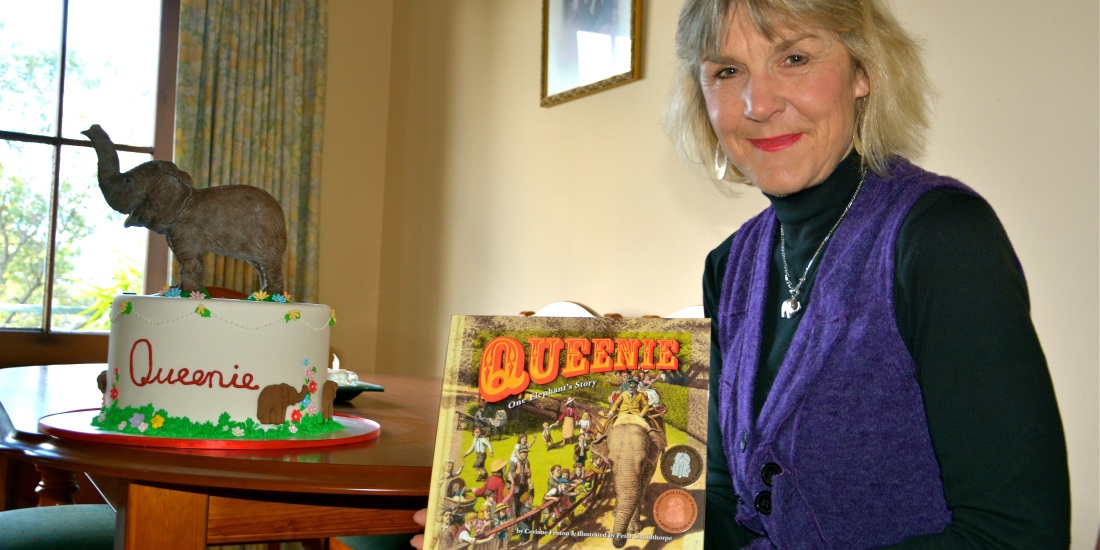 Published in the Warrandyte Diary, August 2013 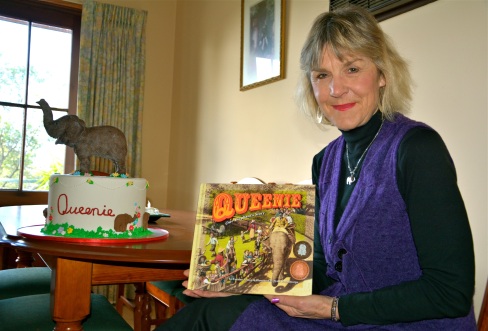 When the Warrandyte Diary published an article about local author Corinne Fenton’s first picture book in 2006, she never imagined her story would appear in one of the world’s most famous newspapers.

Yet that’s exactly what happened in June when she received a Google alert in her inbox telling her that her book ‘Queenie: One Elephant’s Story’ had received a positive review in the Wall Street Journal.

The review, which praised Corinne’s work as “a lovely, elegiac picture book”, appeared in both the New York and Asian editions.

The much-loved Indian elephant spent four decades giving rides to up to 500 visitors a day until 1944 – when it was believed that Queenie had crushed her zookeeper, Wilfred Lawson.

She was retired from giving rides to visitors and put in a paddock. But the next year, at the age of 49, she was destroyed due to a wartime shortage of fodder.

“I have always believed it was an accident. She had spent forty years walking in a circle and she had travelled 165,000 kilometres – that’s a lot to ask of any animal. I was so angry this happened to her and I knew once that older generation had gone there would be nobody to remember her.”

The book, published in 2006, took four and a half years to research, write and illustrate.

Corinne and illustrator Peter Gouldthorpe drew upon historic photographs and documents to ensure even the smallest details, such as the models of cars and the appearance of Melbourne Zoo in the first half of the twentieth century, were accurately portrayed in the book.

The children’s author accidentally came across Queenie’s story when searching the Melbourne Zoo’s website for information to use in her picture book about sparrows. 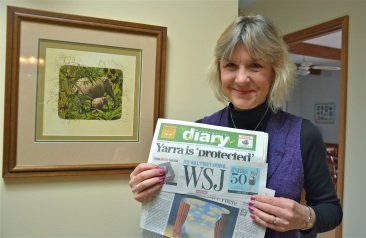 She told the Diary she couldn’t believe Queenie’s story hadn’t already been published and felt she “just had to write it”.

Corinne said reading the Wall Street Journal review was “a buzz” and that she would always hold Queenie’s story close to her heart.

“Seven years later we’re still talking about her, which is a really good thing. There’s now a whole generation of school kids out there that are aware of Queenie and her story and that’s what I set out to do.”