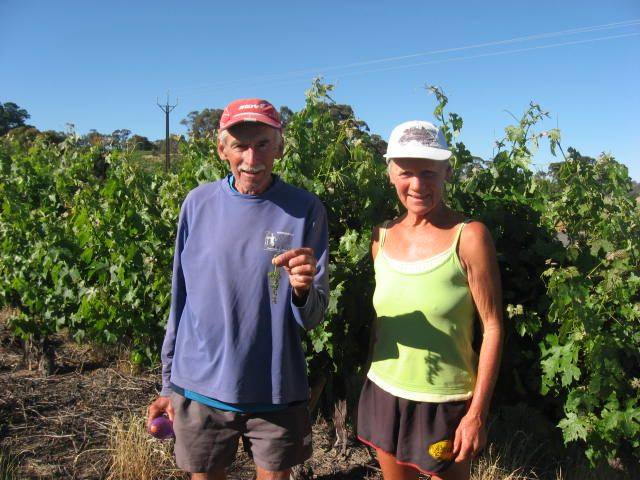 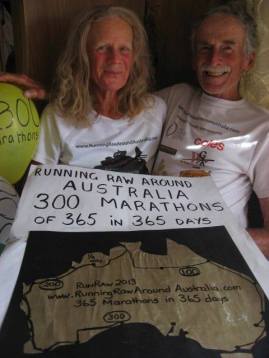 The Warrandyte couple running around Australia for charity is on the home stretch and due to arrive in Melbourne next month.

Already more than two-thirds of the way through their year-long run around the country, Alan and Janette are making their way through South Australia.

While running through the Nullarbor region, Janette spoke to the Diary and said they were looking forward to coming home.

“We are really missing Warrandyte. It’s tough and it’s not easy but we are enjoying this opportunity to see the country and we are meeting all these amazing people along the way,” Janette said.

“There are so many people we have met who are supporting us and we have certainly achieved what we’ve set out to do – and that’s to inspire a lot of people.”

Those inspired include the thousands of people they have met on the road and in the towns they have passed through, along with a surprise donation from a man who had been following their progress. His $2000 donation meant they could afford to buy tickets to enter Tasmania to complete the 15,500km run.

They say they have been busy receiving donations out on the road, while truck drivers and campers along the way have been spreading the word about them through their travels.

“When we arrived in Perth, some people there decided to sponsor us for food and it has been absolutely crucial that we have enough organic food to get us across the Nullarbor,” Janette said.

“We were told there’s absolutely nothing out there and they were right! On the map a lot of these places look like towns but when you arrive it turns out there’s only a little roadhouse if you’re lucky and sometimes the only thing the shop has in a can of beans that somebody else has already bought.”

After reaching Adelaide, the couple will have only 42 days of running 42km a day before they break the world record for the most consecutive marathons.

They’re hoping for more donations in the final leg of their journey. They will arrive at Federation Square on the afternoon of December 31.

Alan and Janette will then make their final record-breaking run on New Year’s Day from Federation Square to Warrandyte. They welcome anybody to join them for all or part of their run along the Yarra Trail as they make their way home to Warrandyte.

“We’re looking forward to a nice run along the waterfront and we’re really hoping to get a huge amount of people coming with us and supporting us, Alan said.

More information on how people can join them will be on their Facebook page ‘Running Raw Around Australia’ closer to the time.