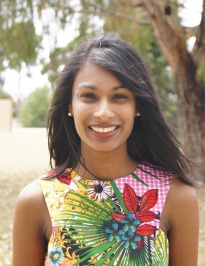 Australia’s new youth representative to the United Nations is about to tour Australia to hear the views of young people from diverse cultural backgrounds.

Melbourne’s Laura John will be with the Australian Mission to the UN to New York in October, where she will deliver a speech about the most important issues concerning young Australians.

The 24-year-old, who recently completed her arts-law degree, told Brianna Piazza it’s an opportunity for Australia’s youth to influence the global political agenda.