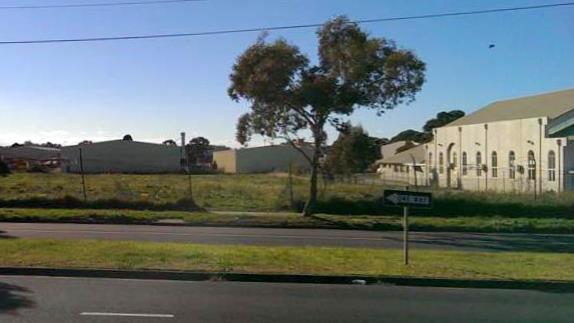 A mosque right next door to a church.

A symbol of tolerance in multicultural Australia, or a source of potential conflict?

They’re key issues that have arisen following approval for a new mosque in the northern Melbourne suburb of Coolaroo.

Brianna Piazza looks at the issue.

TRANSCRIPT: Members of the Assyrian community have been attending Saint Mary’s Church of the East in Coolaroo for years.

Now, a Muslim group has been given permission to build a Shi’ite mosque right alongside it.

One local organisation, the Broadmeadows Progress Association, has been fighting the plan.

Group member Sonja Rutherford says many of those who go to the church are refugees who fled persecution at the hands of Islamic extremists in the Middle East.

“We’re not questioning the right of a group to have a place of worship. We have an existing Syrian Christian Church and because of the problems in the Middle East nearly all of these people are people who have fled as refugees, and they have memories of the trauma and the persecution that they have experienced in the Middle East. Now we’re not judging the right or wrong of it but we have a duty to protect them so that they can heal from those memories.”

Hume City Council approved the mosque proposal from the the Al Sadiq Foundation last year, despite receiving close to one thousand objections.

The Victorian Civil and Administrative Tribunal upheld the council’s decision, saying ” there is no evidence of provocation or violence that will occur if a mosque is located on adjacent land.”

Spokesman for the Al Sadiq Foundation Ali Dirani says it’s important for Melbourne’s Muslims to have access to places of worship within a reasonable distance of their homes.

Mr Dirani also believes the mosque being next to the church could actually help foster more positive relationships with local Christians.

“We suffered from the same sort of extremists as well in Iraq and other places around the world. But when we’ve come to live here in Australia I would like to believe that we can live in harmony and I think that in the long run the people will come to realise we will be good neighbours and I think it will be a cure for those that are facing that type of trauma because you can’t just conclude that all Muslims are like that.”

Sonja Rutherford, from the Broadmeadows Progress Association, thinks it could cause disharmony. “It’s more than insensitive. It’s provocative, and it’s a total disregard for people’s feelings. At this particular time, the feelings are too raw.”

Ali Dirani says he believes living in harmony is possible, but it will take time.

“I’ve got friends that are Christians form Iraqi background and a lot of our community is the same. I mean our children go to the same schools, We go to the same shopping centres and so we do respect other religions we do respect other denominations. So I don’t see that there is conflict or tension in the area, to my knowledge, and if it is then it’s nothing to do with Christianity and Islam because neither religion promotes that type of teaching.” A start on construction of the Coolaroo mosque is at least several months away.