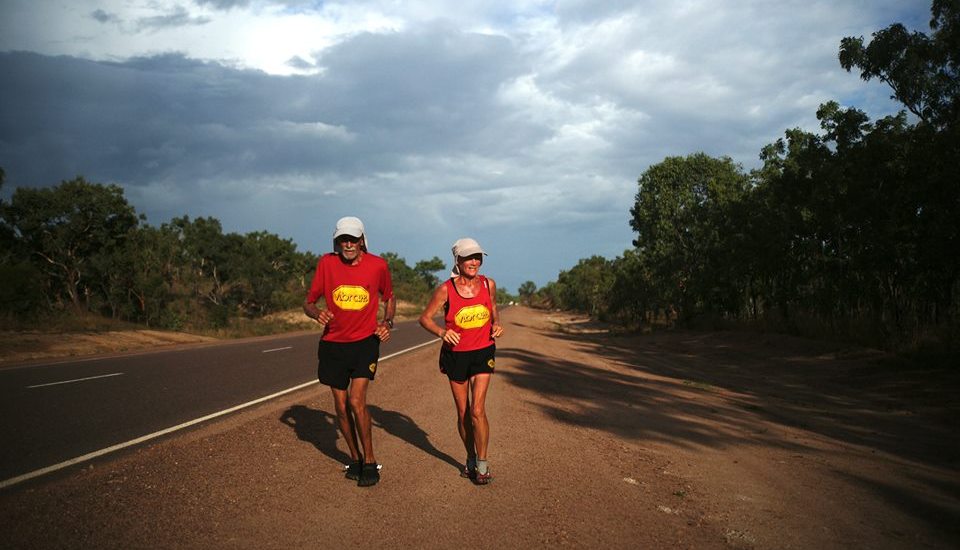 Six months after running around Australia, Janette Murray-Wakelin and her husband, Alan, are hoping to put Warrandyte on the global map with a documentary about their journey.

A director from Luscious International approached the couple after they spoke at an event in Sydney, and they’re now working on raising $150,000 to start filming as soon as possible.

They hope to begin filming before the end of year, which will involve heading back to various isolated locations around Australia, running again and doing interviews in front of the camera.

“We literally have to go out on location to the areas that will make really good cinematic footage. In a lot of the magnificent areas we went, there were no media there, no cameras around,” Janette said.

“They also want to get us at home and where we usually run. We’re still running every second day up to about 20km just around the neighbourhood. So they’ll film us with the kids, chatting to locals, going down to shops, really showing the rest of the world what a community is like. So Warrandyte’s going to get a real boost!”

The raw vegans made international headlines when they became the first couple to run a marathon a day for 366 consecutive days around Australia, ending their run in Warrandyte on New Year’s Day this year.

In doing so, their aim was to inspire people to make more conscious lifestyle choices, and inspire compassion and kindness for animals and the environment.

Since beginning the run, there have been more than 2000 articles written about them, while their campaign Running Raw Around Australia has around 21 million items on Google.

Alan and Janette recently travelled to the United States and Canada, where they spoke at various events, including Toronto’s prestigious annual IdeaCity conference.

Within two hours of getting off the plane in Toronto, two Canadian girls had already recognised them.

“We had hunted around for this particular juice bar and as we were walking out the door, these two young girls come running up to us and asked if we were the couple that ran around the Australia. They’d been following us on Facebook and said we inspire them to make some changes in their lives,” Alan said.

Janette has also written a book about their journey, called Running out of time, Running Raw Around Australia.

The Australian book launch will be held in Melbourne on September 26.

“The message behind what we did is important: we’re not amazing, anybody can get themselves in that state of health if they wanted to,” Janette said.

“It’s not like people need to run a marathon every day and eat absolutely 100 percent raw food. It’s about thinking consciously and making a positive difference – the more you think consciously, the more positive your life will be.”