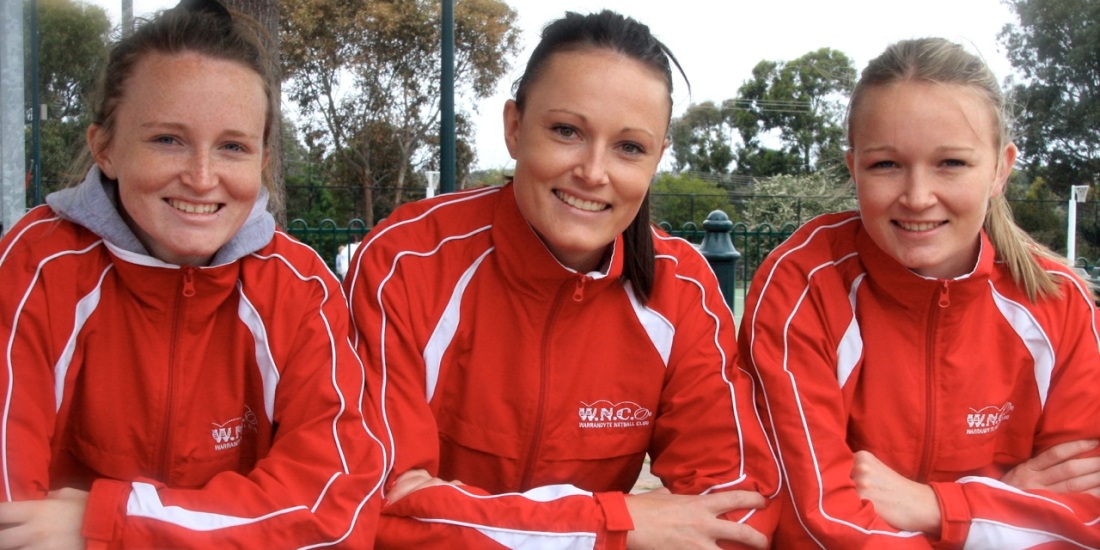 Published in the November 2012 edition of the Warrandyte Diary

NATALIE Dusting’s hard work and dedication has earned her Warrandyte Netball Club’s record of the most played games.

Natalie, 26, clocked up 362 games recently — not including the games she played as a representative player for Doncaster or her night competitions. Amy Green held the previous record of 361 games.

Natalie started playing netball when she was eight years old and has been playing for 18 years. She says netball has consumed a lot of her time, energy and tears.

“To this day I still enjoy every moment and I have eight brilliant girls that take the court with me each week to thank,” Natalie says.

“If they weren’t as passionate and enthused, I don’t know if I would still be.”

Natalie isn’t the only netball star in her family. Her two sisters, Amie (23) and Jess (19), have also been playing netball since they started primary school.

Collectively, the Dusting girls are set to total 1000 netball games by the end of this season.

“I began playing netball when I was eight and before then I would watch my sister and hope that they would ask me to fill in,” Amie says.

“I have enjoyed every year that I have played with Warrandyte since.”

Natalie is also an umpire and representative player for the club, and she has been coaching for a number of years.

Amie and Jess have also coached and represented the Doncaster District Netball Association.

With the three girls continuing to play Open grade netball, the Dusting records are set to soar.