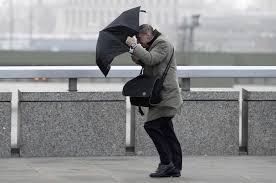 WILL: Coming up in the next fifteen minutes:

CHRIS: And I’m CHRIS EALES. Welcome to SYN News at 4.

The United Nations plans to adopt an asteroid defence plan.

Scientists estimate that there are nearly one million near earth asteroids that could threaten the planet.

Astrophysicist from the University of Melbourne, Dr Alan Duffy, agrees.

“Earlier this year russia was actually impacted by an asteroid and people were injured so this is a real present danger. that asteroid actually broke up in the atmosphere so that was lucky but you only have to go to something 10 times larger than that to make it all the way to the ground and do some really incredible damage.”

The UN plan comes after former astronaut Ed Lu complained that many in the space industry only heard about the Chelyabsink meteor from their Facebook and Twitter feeds.

In the event a potentially dangerous object threatens Earth, the UN Committee on Peaceful Uses of Outer Space will allow countries to destroy it.

Panorama will have more on that story at 4.30.

WILL: Another refugee being held indefinitely at a Melbourne detention centre has attempted suicide. He is part of a group of men that ASIO deemed to be a security risk, despite being found to be genuine refugees. Brianna Piazza reports…

A 36-year-old Sri Lankan man has attempted suicide after his claim for asylum was rejected by the Australian Security and Intelligence Organisation.

The man was part of a group of nearly 50 Sri Lankan asylum seekers that had been held at Broadmeadows Detention Centre for the past four years.

He is the second person in a fortnight that has attempted suicide after receiving a rejection from ASIO.

Trevor Grant, a spokesperson for the group of refugees, spoke to ABC breakfast this morning.

“It’s gut-wrenching to listen to the voice of somebody who is being gradually physically and psychologically destroyed as a human being.”

Anybody experiencing emotional issues or suicidal thoughts can call Lifeline on 13 11 14.

WILL: That was Brianna Piazza reporting.

CHRIS: Prime Minister Tony Abbott and opposition leader Bill Shorten have made a bipartisan trip to Afghanistan to visit Australian troops, with Mr Abbott signalling an end to Australia’s involvement in the twelve-year conflict.

“Australia’s longest war is ending, not with victory, not with defeat. But we hope, and Afghanistan thats better for our presence here”.

They visited an army base at Tarin Kowt in Central Afghanistan, under tight security. It was the first bipartisan visit since the war in Afghanistan began.

Mr Abbott told reporters that Australia had helped fight for freedom in Afghanistan.

“Australian’s don’t fight wars of conquest, we fight wars of freedom. We fight for people’s right to live their own lives, and to worship in their own way, and that fight goes on, even though our fight, here in Oruzgan, is ending”.

Since the beginning of the war, 40 Australians have lost their lives;  and the war has cost Australia approximately 7.5 billion dollars.

Last year, NATO estimated there had been more than 20,000 civilian casualties since the war began in 2001.

WILL: Labor’s support continues to fall and the Coalition has strengthened its popularity with voters, according to the first Newspoll since the federal election.

It also indicates the Coalition has a two-party preferred lead of 56 to 44 per cent over Labor, making it the highest two-party vote since John Howard became prime minister in 1996.

Meanwhile, the Greens’ primary vote has risen from 8.7 percent on polling day to 10 percent.

CHRIS: A Russian court has formally charged a Tasmanian Greenpeace activist with ‘hooliganism’.

Colin Russell and 29 other activists were detained after they attempted to board a Russian oil rig in September.

Greenpeace says the charge is ‘absurd’ and is urging the federal government to intervene.

WILL: Queensland researchers say climate change could be changing the migration patterns of one of the worlds most deadly jellyfish along the state’s east coast.

The highly venomous Irukandji jellyfish has moved southwards down the Queensland coast, posing a threat to the south-east’s tourism industry.

It’s part of a worldwide trend, where tropical marine animals are migrating towards the poles as oceans warm.

However, Lead author Shannon Kleid, told ABC News the species is unlikely to establish long-term populations in the area.

“We found that while higher sea temperatures could provide an opportunity for the Irukandji to expand their range south, the increasing ocean acidification may  inhibit the development of their juveniles.”

Speaking to Sky News today, Mr Leigh said the party must discuss the idea further before reaching a position on the issue.

Meanwhile, Senator for South Australia, Simon Birmingham, says Labor had failed to listen to the electorates message that they want the carbon tax ‘gone in its entirety’.

WILL: A five-metre whale has been freed from shark nets off Queensland’s coast.

The young animal’s tail was entangled in a net off Burleigh Heads, with weather conditions making the rescue effort more difficult.

Jeff Krause from Queensland’s Boating and Fisheries Shark Patrol Program told ABC news that rescuers has also been monitoring four other adult whales in the area.

CHRIS: A young French girl, aged between 15 and 25 months, has been rescued from her parents after being found dehydrated and malnourished in the boot of a car.

The discovery was made by a mechanic after the car was left at a garage in Terrassone, central France.

The girl’s mother told authorities she had kept the baby a secret from everyone – including the girl’s father.

Police have arrested the woman and her husband and face ten years prison.

WILL: The White House has announced it will re-evaluate its espionage activities after the Spanish government warned the US of a potential breakdown in trust.

Reports say the American National Security Agency intercepted 60 million Spanish calls in one month – a revelation that the Spanish government described as ‘inappropriate and unacceptable’.

CHRIS: Authorities have confirmed 13 people have died following  severe weather in Europe in the past 24 hours.

The death toll includes six in Germany, four in the UK, and one person in The Netherlands.

The freak weather struck overnight, with winds of over 160km/h battering England, France, Denmark, Germany and The Netherlands.

Hundreds of flights in and out of both London Heathrow and Amsterdam Schiphol (SKIP-HOL) airports have been cancelled.

Over half a million people were left without power because of the storm.

WILL: Students have spoken out against plans to privatise the tertiary student loan scheme HELP.

Education Minister Christopher Pyne said last night on ABCs Q and A that the coalition would consider privatising the scheme.

While the government has no policy to do so immediately, Mr Pyne said it would be considered as part of its audit of the Australian budget and government spending.

Student Alia Saaed said that if privatised, it would discourage students from taking a HELP loan.

“Far out all Australian students are gonna be like ‘nah I don’t need that education’, it’s just crippling one of our most important resources.”

CHRIS: Researchers have discovered that the human fear of snakes may be the result of millions of years of evolution.

The team of American and Japanese researchers found that in parts of the world where venomous snakes live, mammals have enhanced visual perception.

The researchers probed monkey’s brains, and learned that when images of snakes appeared, mental activity significantly increased in the area of the brain controlling visual attention.

WILL: A fire at a Brazilian sugar warehouse factory has been put out after unleashing a flood of caramel and threatening homes.

Seventeen people were evacuated in the southeastern town of Santa Adelia when their houses came under threat from the spreading caramel.

Firefighters battled the blaze for more than 70 hours as they built earth dikes to prevent the melting sugar from spreading throughout the town.

Twenty-eight thousand tons of sugar were damaged during the blaze

WILL: And now here’s CHRIS TYLER with sport…

To the AFL first and traditional rivals Carlton and Collingwood will play one of their two contests in 2014 on a Sunday night at the MCG in June. The contest is scheduled for a 7:40 start and will mark the first Sunday night game in the league’s history. While the full fixture has yet to be released, it’s believed there will be more Sunday night clashes on long weekends. Channel 7 has supported the idea.

The Bulldogs have cut utility DYLAN ADDISON from their list ahead of next month’s AFL National Draft. The Doggies had already axed Daniel Cross, Patrick Veszpremi, Lukas Markovic and Nick Lower.

Meanwhile, Geelong has will elevate rookies Josh Walker and George Burbury to its senior list for 2014. Both players showed alot of promise throughout the year in both Geelong’s AFL and VFL sides. The club will now only hold three live selections in the National Draft, with picks 16, 36 and 41.

To tennis, and controversial Australian ace Bernard Tomichas continued his below-par year, with a close three-set, first-round loss at the ATP Paris Masters to Spain’s Feliciano Lopez 6-4, 6-7, 7-6. Lopez will meet Switzerland’s Stanislas Wawrinka in the second round.

In rugby, disgraced Wallabies winger James O’Connor has agreed to a short term deal with English side London Irish today. The length of the contract remains unknown but O’Connor has specified that he intends to return to Australia in time to make the Wallabies 2015 World Cup squad, should he qualify. O’Connor was sacked from the Australian Rugby Union last month after a disciplinary investigation found he failed to uphold the behavioural and culturasl standards expected within the team. O’Connor was in advanced talks to join the Western Force but the deal did not materialise.

That’s all for sport. Now here’s WILL with the forecast…

WILL: Thanks CHRIS. We’re heading for an overnight low of 9 with a shower of two clearing later this afternoon. Tomorrow we can expect it to be cloudy with isolated showers and a top of 18. Thursday morning drizzle and a top of 18. And Friday will be warm and sunny and a top of 24. Right now in the city, it’s 16 degrees.

CHRIS: And for those on public transport, all metro lines are reporting good service and there are no delays across the ram network.

And those who faced disruption on the Monash Freeway this morning will be glad to hear that the outbound lane is now open .

CHRIS: To recap our top stories this afternoon,

WILL: The United nations has plans to adopt an asteroid defence plan

WILL: And 13 people have died following severe storms across Western Europe, including England

CHRIS: That’s all for our bulletin this afternoon. When we’re off air, you can keep up with the news by following us on Twitter at NewsSYN.