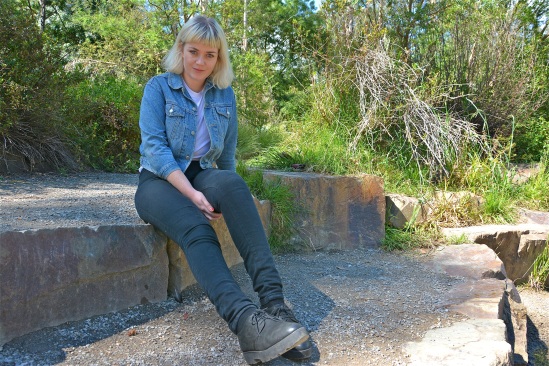 Few 24-year-olds can say they have toured with some of Australia’s big names in music such as Paul Kelly and Renee Geyer.

But that’s exactly what rising star Ella Thompson has done. If her history is anything to go by, then we’re bound to hear more of her on the radio.

Ella moved from New South Wales to Warrandyte with her family when she was four years old and spent the rest of her childhood and teenage years here.

She started playing piano when she was about five and, unlike most kids growing up today, she was listening to and inspired by the great jazz and blues musicians such as Etta James, Muddy Waters and Nina Simone.

At 12, Ella already had her first proper singing gig and attended the Melbourne Rudolf Steiner School in Warranwood, where she further developed her talent.

Then when she was 16 and studying at the Victorian College of the Arts, a big break came when she toured nationally with Renee Geyer and sister vocal duo Vika and Linda Bull for the ‘Voice Tour’.

“I had always written bits and pieces throughout high school and I started off mainly singing blues and soul, but I was definitely influenced by Renee and what she had sung on the tour. It wasn’t until near the end of high school that I really started getting into the songwriting, production and composition side of things,” Ella says.

Ella joined popular Melbourne funk and soul band The Bamboos as a vocalist about two years ago. The band recently kicked off their national Fever in the Road tour around Australia.

On top of playing at the Meredith Music Festival in Victoria, which runs over the weekend of December 13-15, they’re also heading overseas next year to play in Japan, Europe and the west coast of America.

Ella has her own music studio in Fitzroy and since releasing her solo EP Elysium in May, she is working with producer John Castle on her new solo album, due for release mid-2014.

“Playing Meredith has always been a big dream because it’s one of the ‘unspoiled’ festivals – it’s all about the music there. My goal once the album comes out is to be able to tour overseas and also play all these festivals that I’ve played with other bands but do it with my own thing,” she said.

The highlights of her career so far include playing with Tim Rogers – the vocalist and guitarist from Australian alternative rock band You Am I.

“It was really great performing with him and we’ve been able to play some pretty awesome shows around the country to big audiences because of it,” Ella says.

“We played WOMAD in Adelaide where there were thousands of people. It even feels really good when we are at our own shows and we have at least a thousand people who have come to see us,” she said.

The promising young artist says she’s also gaining invaluable insight into the publishing and publicity side of the music business as a finalist in the Warrandyte Youth Arts Award, where three professionals in the industry are mentoring her.

“My mentors have been great and really reassuring that if you keep at it then people will notice you. Also, these days as an artist you have to be aware of the business side of things and marketing and all that stuff and it’s really helping me with how to get to the next stage and how to put your music out into the world.”

Ella’s even done a bit of mentoring of her own while studying, having given singing lessons to Angie McMahon, the 19-year-old who just won the Telstra Road to Discovery Music Awards. As a result she will perform as the opening act for Bon Jovi’s ‘Because I Can’ Australia tour this month.

Although she’s living in Fitzroy these days and heading overseas on tours, she still visits Warrandyte every week. Her mum, Jane Annois, still lives in the area and is known around town for her talents in pottery.

As for advice for other younger up-and-coming musicians in Warrandyte, Ella says the most important things are to write your own music to help develop your own sound and not to listen to false expectations.

“It takes a lot longer than you think but then again it never turns out exactly how you expected. I mean, I really love playing with The Bamboos and I just went that way. It meant I got to jump a few steps because they were already more established and I get to play these massive festivals which I wouldn’t be able to do right now on my own.”