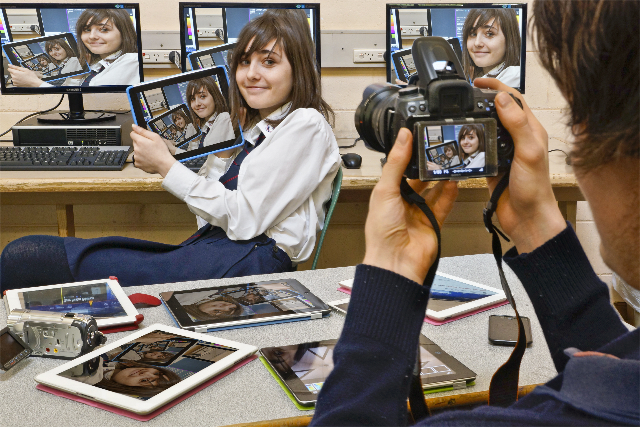 Molly Wilkins and Tim Willis joined eight other Victorians at the five-day workshop during the July school holidays.

They said they enjoyed working with other students and game makers to create a computer game for an iPhone platform.

“The people who were running it treated us as equals and as though we were industry professionals. They were helping us one-on-one which was really helpful and made is a lot easier to learn,” Year 11 student Molly said.

Hundreds of applicants were asked to send in a story idea, ideas for artwork, characters and a plot. They also created a two-minute video explaining why they like video games and why they wanted a place in the workshop.

“To be accepted they had to do a film pitch of an idea of a game,” teacher Claire Bloom told the Diary.

“Applicants had to tell them an idea and how they were going to sell it to a producer. I encouraged Tim and Molly to apply because they are both extremely talented.”